Solar Gard’s Grafitti Protective Window Film is a durable, optically clear and removable product that acts as a sacrificial barrier between vandals and the surfaces they cover, including interior and exterior glass windows and mirrors, as well as other non-porous surfaces like stainless steel and marble. The unnoticeable film protects surfaces from paint, key scratches, marking and even acid-etching. When vandalized, the film is easily removed and replaced for clean-up – reducing property damage and maintaining aesthetics.

From shopfronts to overpasses, Grafitti Protective Window Film is increasingly popular because it is far less expensive to replace and install a fresh layer than to replace what it protects. Protect your public surfaces from deliberate and unintentional damage with Solar Gard graffiti protective films! 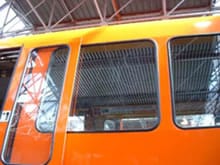 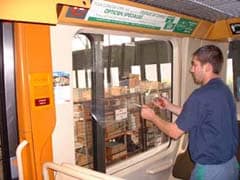 In addition to protecting glass from Grafitti and unwanted vandalism these films have the following additional benefits.

The Graffitigard film is easily peeled away when it is vandalized, allowing professional installers to quickly apply a fresh layer.